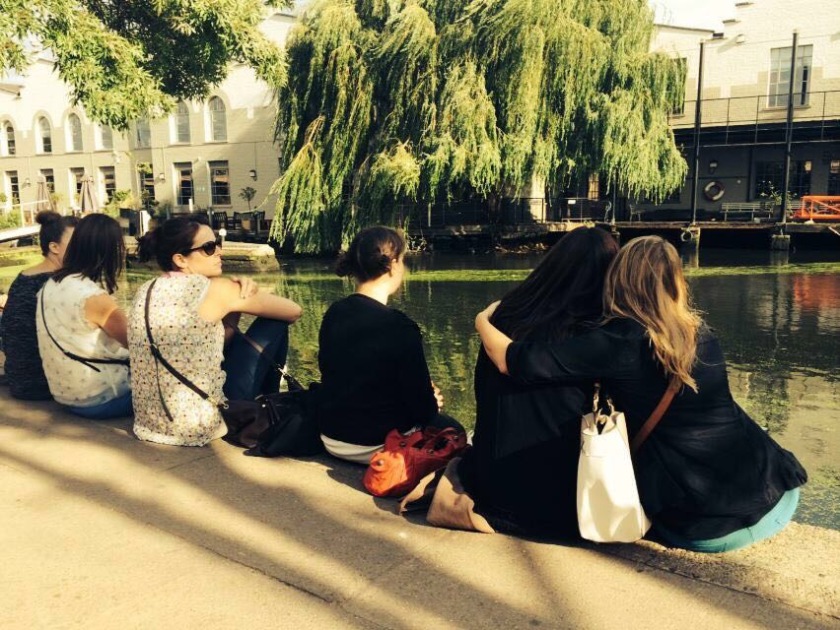 Since putting myself out there with my first blog post I’ve been so touched by the lovely supportive messages I’ve received. Some from random people on Instagram (it’s great to know that people are reading and reaching out) but most importantly from my friends. I’m incredibly lucky to have a small group of close school friends (one even from mother and toddler group when I was a toddler!) and more recent friends that I’ve made since I’ve been open and honest about my mental health issues. But, during my 33 years, there was a huge gap in the middle where I really struggled to make and maintain friends.

It’s made me reflect on how difficult I have found friendships over the years and how this has gone hand in hand with my anxiety.

I’m not someone that has found friendships easy over the years. During the times that I’ve been struggling with my anxiety I’ve tended to hide away. I worry about social situations. I worry that I’m not fun enough, not cool enough, not worth hanging out with. And then I worry about the details of social situations. Even something as simple as meeting up with a good friend, on my bad days I will worry about where we are going to meet, what to wear, what I’m going to talk about, where I’m going to park, will I have enough time to get there, will they think I’m boring, what other things I could be doing with my time that are already stressing me out, opening up about how I’m feeling, will I be able to drink (as I’m only fun when I’ve had a drink). It’s an ongoing reel of ‘worry’ that more often than not over the years has led me to cancel plans, after stressing about the event as it looms on the calendar.

The unfortunate thing is that I really really want to see my friends. I actually really NEED to see my friends. I always (without doubt) feel better once I’ve spent time with my friends. But that’s exactly why mental illness is so cruel because it tricks you into not doing the things that you really need to do, and then makes you feel even worse for not doing them. It’s a vicious cycle and when you’re in the cycle you don’t realise it, and you can’t get out.

As you can imagine this has made it near on impossible to maintain new friendships. I spent most of my teens and twenties pretending that I was totally happy, confident and had an awesome life. If I hadn’t cancelled plans then the only time I displayed any honest emotions was when I’d had a shedload to drink. I’d get ‘wasted’, cry, apologise and then do it all again next time. Somehow a small group of school friends put up with my erratic behaviour and I’ve come out the other side with these friendships intact. But I’ve struggled to keep the other friends that I’ve met along the way. I’ve struggled with confidence, I’ve struggled with my own identity, I’ve struggled with perfectionist tendencies that makes me shy away from any less than perfect situation (which of course friendships, and pretty much life itself, can be). When being inside my own head is getting to be too much then I ironically internalise and withdraw. I’ve always defaulted to retreating home and only opening up to my other half. Which of course places a huge burden on them (more about that another time!) Friendships gradually falter and fade into the distance.

But it’s not all doom and gloom. Since I’ve opened up about my mental health struggles some of my most beautiful friendships have been formed. When I reached my ‘rock bottom’, I sought help through cognitive behavioural therapy which really helped me understand my default patterns of behaviour, what was leading to them and how I could change them. I’ll write about that in more detail another time but for now, these are the things that have helped me build friendships in spite of my anxiety. In fact more recently my anxiety has even helped me form some friendships as a new Mum – something I never thought I’d be in a position to do.

So, be kind to yourself. Even on the bad days. x

One thought on “Friendships and anxiety”